In order to keep fanning the flames of COVID hysteria, governments and their mainstream media allies are making much ado of the new 'Delta' variant.

We are being told ad nauseum that the Delta strain is more virulent and deadlier than previous strains of COVID-19. And - surprise, surprise - the New World Odour is using these claims to cajole more people into getting the so-called COVID 'vaccines,' which are not really vaccines but poorly tested gene-modifying and viral vector poisons.

The Delta strain is what was originally being referred to as the "Indian" strain, until the Indian government took offence and told its old colonialist foes to stop naming virus variants after the country.

I must say, the left are doing a sterling job of proving what shameless hypocrites they are. They claim to abhor racism, yet have no qualms about naming coronavirus variants after specific countries. These are the same clowns, by the way, who screamed "racist!" when Trump called the novel coronavirus from China "the China virus."

For years they wailed on about the evils of capitalism and the misbehaviour of multinational corporations, yet here they are emphatically insisting we get injected with dangerous drugs made by some of the most evil and criminal multinational corporations on Earth (to view the shameful corporate rap sheets of AstraZeneca, Pfizer and Johnson & Johnson, click here, here and here).

The world's most prominent individual disseminator of COVID nonsense, Anthony Fauci, has claimed the Delta variant is the "greatest threat" to eliminating COVID in the US.

He urged more Americans to get vaxxxinated and "crush the outbreak."

Meanwhile, the director of the hopelessly corrupt CDC, Dr Rochelle Walensky, told Good Morning America that if you get vaccinated, "you'll be protected against this delta variant." 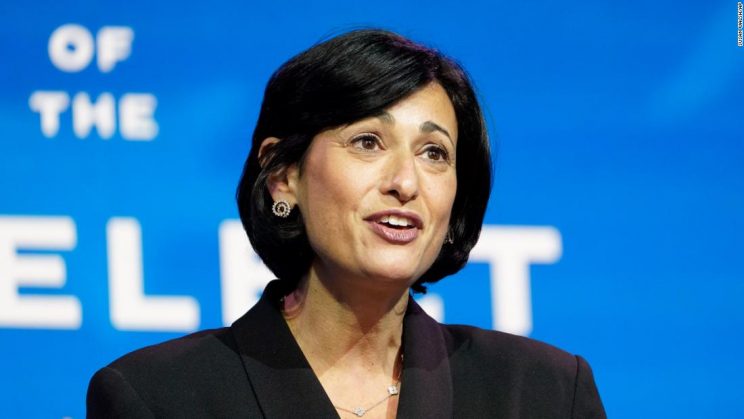 Rochelle Walensky: Picked by the shady Joe Biden to head the shady CDC.

Both Fauci and Walensky are lying through their teeth.

Here are the plain facts:

1. There exists no evidence to show that the Delta variant is any more harmful than other COVID variants. In fact, the UK government's own data, which I'll share in a moment, shows it is one of the least harmful variants.

2. Irrespective of its purported virulence or lethality, there exists no reliable evidence that vaxxxines protect against harm from the Delta or any other COVID variant (sorry folks, but dubious trials conducted by dubious drug companies do not even begin to constitute reliable evidence). Once again, the UK government's own data shows that vaxxxinated people are more likely to die of the Delta variant.

The Facts, Courtesy of HMM (Her Majesty's Megalomaniacs)

I'm not sure how many readers just blew their brain gaskets and unsubscribed in response to what I just stated, but for those of you that remain, let me present the evidence for the above two irrefutable facts.

The table below is from a 25 June 2021 UK government briefing titled "SARS-CoV-2 variants of concern and variants under investigation in England."

It lists the numerous variants and their case numbers and case fatality rates as of 21 June 2021. 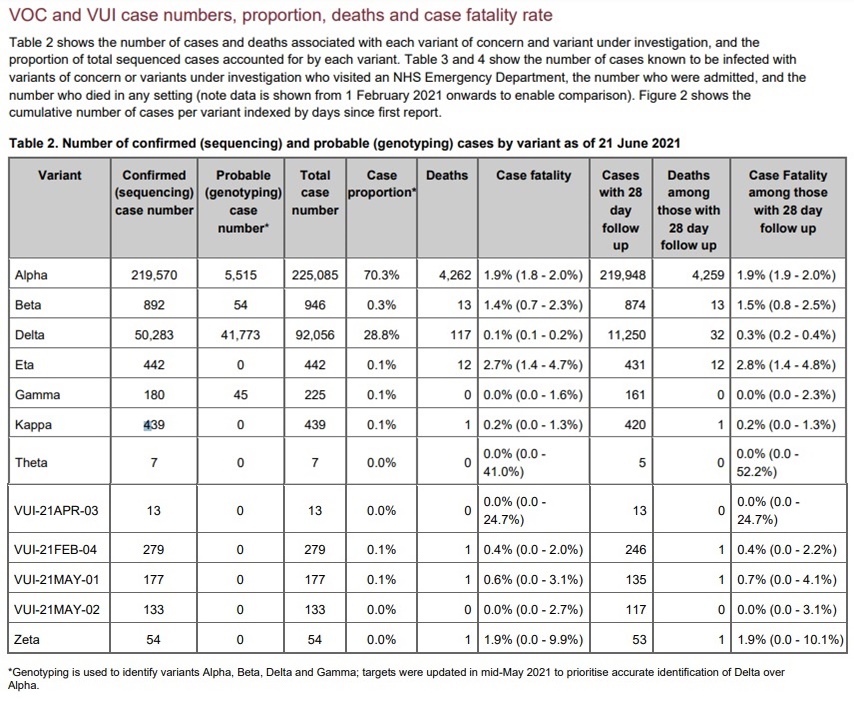 You'll also note how, of all the variants, the Delta case count is inflated with a disproportionately large number of "probable" (unconfirmed) cases ascertained via genotyping. Of these cases, the UK Government describes them as "Probable (genotyping) COVID-19 confirmed case [by PCR] with a genotyping result where sequencing confirmation is awaited or not available. " It remains to be seen whether future reports confirm these cases as Delta infections.

It bears reiterating that the fatality figures are case fatality rates (CFR), not infection fatality rates (IFR). The former will always be much higher than the latter, because CFR represents only the cases that are serious enough to require medical attention. IFR refers to the death rate among everyone that is infected, including asymptomatic people.

As such, the true fatality rate of all these variants is truly miniscule and measured in fractions of a percent.

"Oh, but the Delta variant is super virulent!", I hear some of you saying. Those of you who say this think you know this because politicians, bureaucrats and mainstream media outlets (i.e., the world's biggest liars) have told you so. "And because it's so virulent, then more people will be infected and the number of deaths will be higher!"

Sounds great in theory, but it's complete horseshit. Infection rates in the UK peaked months ago, when the Alpha-doodle-doo variant was top of the pops on the UK COVID charts. 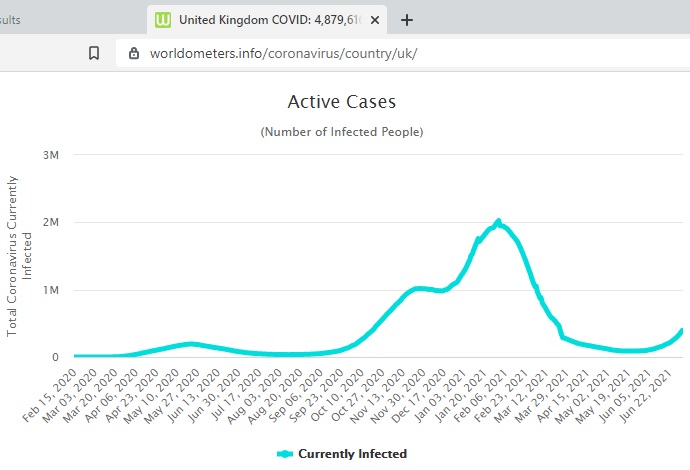 Yep, all around the world, a consistent pattern is emerging in which the higher a country's vaxxxination rate, the higher its resurgence of COVID.

As for the Delta variant, the British media have made a big ballyhoo that the 'unvaccinated' (unmolested) are "most at risk from Delta variant."

It's true, according to the UK government figures, that most people who get the Delta variant have not been vaccinated.

But that doesn't even begin to tell the full story. If I had to choose between diseases like cancer, heart disease, diabetes or a genuine life-threatening infection, or an infection with an IFR of only 0.15%, it wouldn't be a hard choice. I'm not suicidal, so I'll take COVID any day, because its fatality rate is SFA compared to other illnesses.

But if I had a death wish, then I'd make sure I got a COVID vaxxxine.

Because it appears to transform a piss-weak COVID variant into a far more lethal agent.

I'll let the Delta infection and death figures, also from the UK Technical Briefing referred to above, speak for themselves. The table containing the Delta infection rates in vaxxxinated versus non-poisoned individuals can be found on page 13 and 14 of the document.

The table shows that at 28 days, 53,822 of the 92,029 documented Delta cases were in unvaccinated people. So at first glance, it appears the unvaccinated are at higher risk. But a closer look at the figures tells a very different story.

The higher case numbers applied to under 50s only; in the over-50s, more people with Delta infections had received the clot shot (3,954 vaxxxinated versus 3,546 non-injected).

The over-50 data is cause for concern in itself, but to get a true grasp of how useless and counterproductive the vaxxxines are, take a good look at the death figures below, taken from page 14 of the report. Despite a far lower overall number of people with Delta infection, the vaccinated groups have a far higher overall rate of fatality.

Of 117 deaths, 20 were in those who received one dose of the clot shot, and 50 of those occurred in those who were double-jabbed.

In total, 70 of those who received one or two vaxxxine jabs were subsequently rewarded with a left hook from hell.

In contrast, only 44 of the Delta deaths occurred in unvaccinated folks. But 68% of Delta infections were recorded among the unvaccinated, which indicates a powerful death-potentiating effect of the vaxxxines.

In sleep research, delta waves are those most commonly associated with deep sleep. If you believe this Delta hogwash, it's time to wake up and realize you're being played. Big time.